How Do You Use a Rhubarb Forcer?

At this time of year there are a multitude of crops which can grow fantastically, providing us with tasty and nutritious food that keeps us sustained, however there are other crops that either don’t grow that well, or at the very least need a little bit of help to reach their potential.

Greenhouses and cold frames do a fine job of nurturing our plants and ensuring their growth during colder weather, but it’s not always possible to use these due to space limitations, that’s where a rhubarb forcer can be useful. Don’t let the name fool you however, rhubarb forcers can be used on a large variety of fruit and veg, and we’re here to show you exactly how, so read along to find out more!

How Does a Rhubarb Forcer Work?

A rhubarb forcer works by limiting the light that reaches a plant, in many cases, and especially in the case of rhubarb, the lack of light prevents the plant from producing chlorophyll (which normally is what causes leaves to turn green). Chlorophyll is associated with a bitter taste, so by producing less chlorophyll the rhubarb naturally tastes sweeter. A secondary effect of light deprivation is that the rhubarb will expend more of its energy trying to seek any light it can, this produces long, stretched out stems, which are far less tough than their regular variety. 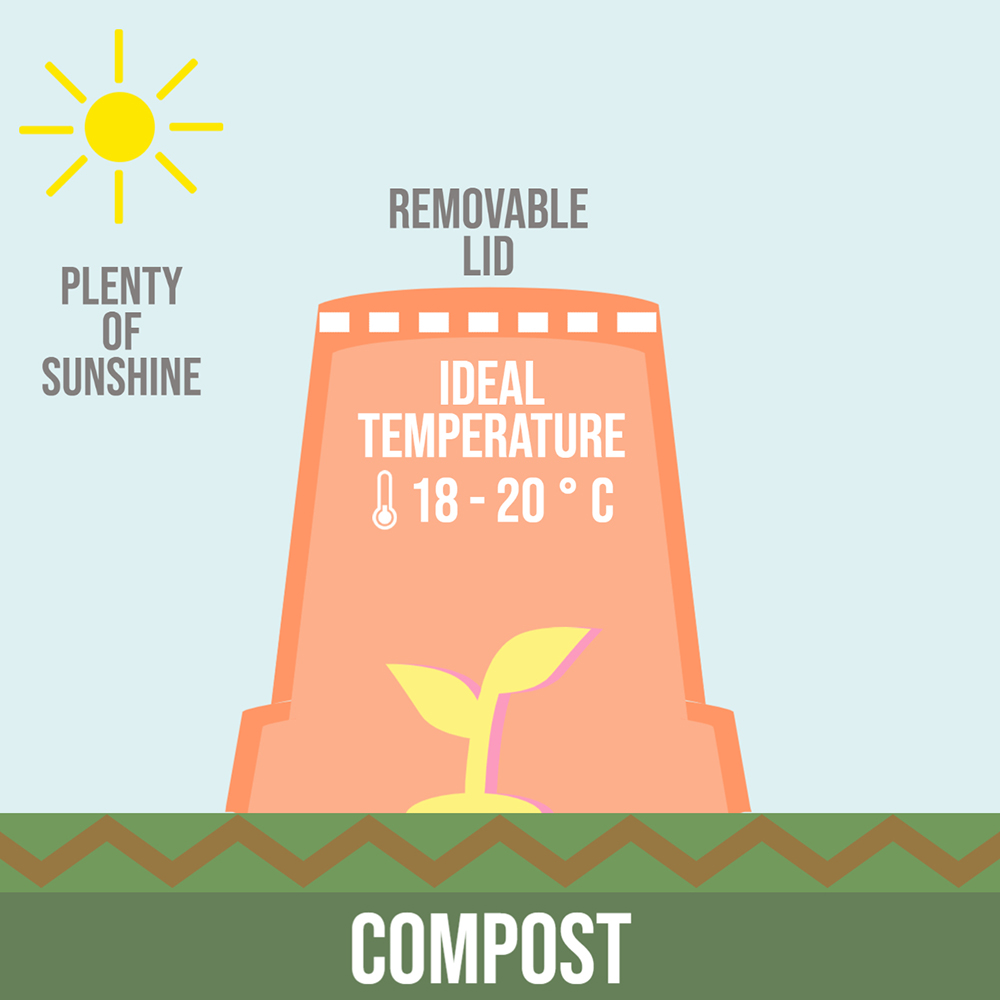 How to Plant Rhubarb

Rhubarb is regularly grown from crowns, but can also be grown from seeds, although this will take much longer, and be prone to more variety. If you plan to sow, any time between March and April will be fine. 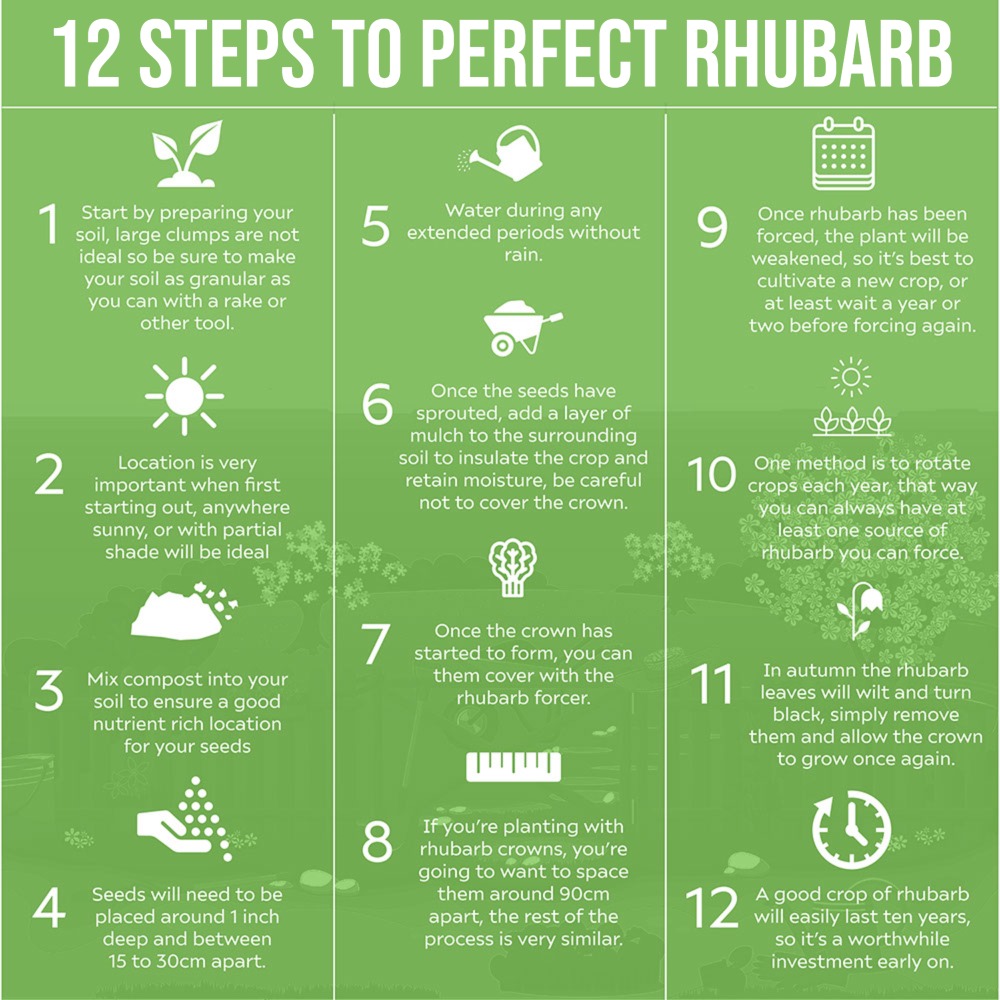 Rhubarb forcing can happen anytime between November and March, many gardeners tend to start forcing around January/December time, as there is usually a lull in the gardening calendar at this time of year.

Once your rhubarb crown is established in its planting location you will need to cover it with the rhubarb forcer. You can also add insulation to provide even more warmth to the plant, and accelerate its growth further, plant fleeces, bubble wrap, or a rug will do the job.

Luckily, by covering the crown with the forcer, it also helps to prevent pests from devouring your crop too, although this isn’t likely to deter them 100%. There are plenty of methods to deter pests from consuming your hard work, one of the best and most ecologically friendly methods is by using the natural wildlife present in your garden to do the work for you! Check out our guide on making your garden wildlife friendly to find out more.

The entire growth process should take around 7 to 8 weeks in total, at which point you can start harvesting. Your plants should become very pale, don’t worry this is just a result of the light deprivation, and is a sign that all has gone well.

Rhubarb will be ready once its leaves have spread, and the stems are at least 30cm in length. Simply remove the stem from the crown at the base, it’s best to only harvest half the stems at a time, this will keep the plant full of energy for future growth, however it is recommended to harvest the remaining stems before the end of summer.

Other Crops to Grow

In addition to rhubarb, rhubarb forcers are useful for growing other fruit and veg too! Nearly any plant which can grow with reduced light can be forced for an early harvest. These forced versions can look slightly different to their counterparts which are grown normally. 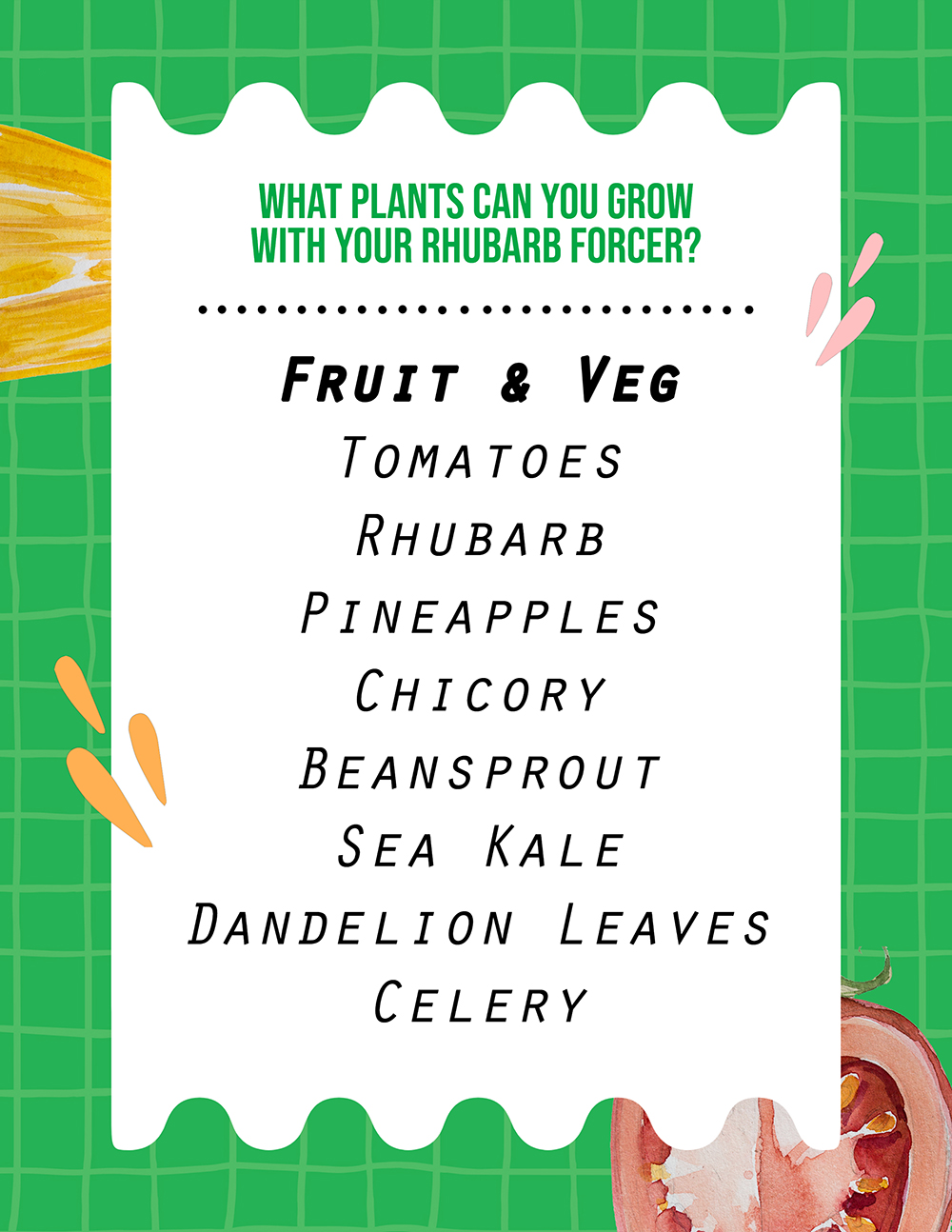 Rhubarb forcers are traditionally made from terracotta clay, making them heavy and prone to chips and cracks (especially in cold weather). While their traditional style is a sight to behold, their weight can make it difficult to easily move them around and store them. For this reason, we prefer a more modern take on the rhubarb forcer.

Our plastic Rhubarb Forcers are the perfect replica of a traditional clay design, but with a fraction of the weight (saving your back in the process!), they are much more durable too, meaning that even the worst weather wont cause cracks or chips. Their lightweight design also makes storing them much more straightforward – stack multiples on top of each other with ease. The use of UV resistant plastic also means that they won’t fade in the sunlight. 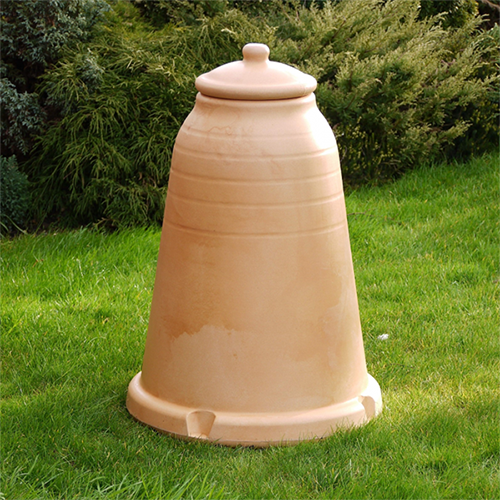 Our rhubarb forcers also come in a grey marble effect, this rhubarb forcer can add a style and class to your garden with it striking yet practical design. 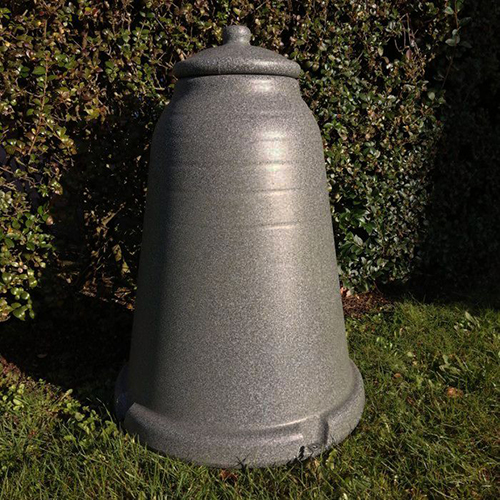 For all your growing needs shop Original Organics.

Posted in Advice and help, Grow Your Own, Sustainability, Seasonal and Tips